A Classic Case Of How Careful Thought, Proper Planning, & A Little Bit Of Brainpower Makes ALL The Difference. 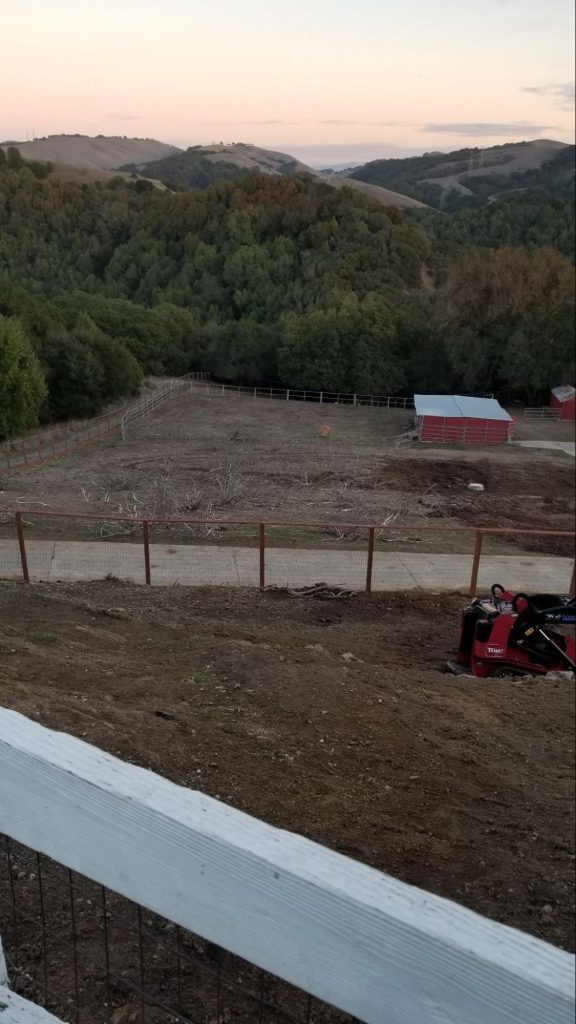 We’ll be honest: East Bay sewer and septic projects aren’t always a walk in the park. Sometimes we encounter unexpected challenges that REALLY put our problem-solving powers to the test.

And that’s okay – we’re the rooter company that embraces the tough, technical jobs most wouldn’t touch with a 10-foot pole.

We recently did one such job for Ruben, an East Bay homeowner who raises llamas on his property.

Ruben needed to replace his old septic system. He didn’t want it repaired. He didn’t want a quick fix. He wanted a company that would take the time to do it 100% unequivocally RIGHT.

Ruben did some research and found us. “I liked that Avalon has the ability to replace the entire septic system from start to finish,” he said.

So Ruben gave us a call.

Took The Time To Explain

When you’re doing septic system replacement, you can’t truly know how complex a job will be until you inspect the property. There are many, many, MANY variables that can affect the job.

Ruben’s project was no exception.

When Avalon Rooter Owner Will Feliciano came to Ruben’s home for an inspection, he immediately knew this would take ample planning and brainpower.

The main issue? Whoever installed the current septic system put it in a tremendously silly spot – under a MASSIVE slab of concrete. This made one of the vital pipes virtually inaccessible for routine drain cleaningand general sewer services.

Yep. The two most important things for maintaining a healthy, working septic system were practically impossible. All because the previous company didn’t THINK THINGS THROUGH.

We had our work cut out for us.

At Avalon Rooter, We Show AND Tell

Will sat down with Ruben and explained the issue. Will told him how his current system was basically hidden under a block of cement, which made routine upkeep a nightmare. Bottom line: We clearly spelled out what needed to be done and why it was necessary.

Will then developed a meticulous replacement strategy that would solve the issue. He devised a plan that would make sure the new septic system was in a more practical spot… yet would NOT disturb the aesthetics for Ruben’s home and property.

This detailed planning and transparency sold Ruben. “Will made a very difficult process easy to understand and affordable,” he said.

So we got to work.

Septic Tank Replacement… With A Side Of Solar Cable Trenches

The actual septic tank installation went off without a hitch. We replaced Ruben’s old septic system with a brand-new one – and we put it in a MUCH more convenient spot on his property.

But we weren’t done yet. In addition to the septic system, we also dug the trenches for the solar cables Ruben was planning on installing on his property.

Since Ruben has a sloping landscape, this project also required some brainpower. Because it was not a level surface, we had to work through multiple different degrees of elevation. When you’re dealing with uneven property like this, digging neat and clean trenches can be brutal.

But like we said – the “tough stuff” is our specialty.

We not only dug the trenches for Ruben’s solar cables – we filled them in so meticulously that you’d NEVER know the yard was touched.

Now, Ruben has a new septic system, a functioning solar panel system… and a pristine yard that looks like it was never disturbed. The way we see it, we’re here to make your home BETTER than when we found it, so we’re not going to leave YOU to clean up OUR mess. It’s just that simple.

At the end of the day, what makes us happy is being able to help East Bay homeowners save money and preserve their beautiful homes. We want the process to be as easy and low-stress for you as possible, so we were thrilled to hear how ecstatic Ruben was with the results.

“Will is just an overall good guy,” Ruben said.

Since this project, we’ve remained in touch with Ruben. He even occasionally gives us some of the amazing wool from the llamas he raises!

If that’s not the highest form of “thank you,” we don’t know what is.

If you have a seemingly insurmountable sewer or plumbing problem, please give us a call at (510) 399-8744 or schedule an appointment online. Avalon Rooter & Plumbing is here to solve your sewer problems and help keep your home and property in perfect condition.